Yancey County was formed from Burke and Buncombe counties in 1883 and named in honor of the Hon. Bartlett Yancey (Jr.). It lies within the Blue Ridge province of the Appalachian Highlands and is characterized by rolling hills and small mountains. As first organized it included all the present territory of Mitchell and part of Avery counties. Burnesville is the county seat and largest town. The main industries of the county include mining and timber.

Yanceyville (located about 60 miles North West of Raleigh) was the home of Bartlett and Nancy Graves Yancey and his children which included Bartlett Yancey Jr. who became a State Senator and later a U.S. Representative. The small town is the location of various national historic sites, one of which is the Bartlett Yancey home. Built about 1856, it is a frame, clapboard, two story structure with a gabled roof structure and three exterior chimneys. The house is privately owned.

Little is known of this small rural town of McMinn County. In 1950 it had a population of about 750. It is said that the "old Yancey settlement was located about 4 miles south of Etowah, the area is now known as New Salem." Research has not yet revealed those Yanceys which are connected with this once existing small town of Tennessee.

This very small town of Medina County was to have been named after one Yancey Kilgore who owned large tracts of land there at the turn of the century. There would seem to be no connection between this town and members of the Yancey family.

In a book written by the Rev. Edgar Woods in 1901, he cites the following: " [Col.] Charles Yancey, who was a prominent man in the early part of the century [and] conducted a store, tavern, mill and distillery at what was afterwards Maye's and still later Cook's Tavern. This was originally the location of the post office called Yancey's Mill, and though transferred to the more important center of Hillsboro, the old name is retained . . . " Members of the Yancey family still own some of this land in Albemarle County.  [See also]

H. H. Harris is his book "HISTORY OF LOUISA COUNTY" gives the following information: Yanceyville was a town around 1800. Col. Robert Yancey and his father, [Capt.] Charles Yancey conducted a milling and general store business. Charles Yancey had no grandchildren to carry on the Yancey name and members of the family no longer live in Louisa County.

Little is known as to the origin of this small town in Harlan County, Kentucky. Tradition has it that the town was named after a race-horse named Yancy. There seems to be no connection between members of the Yancey family and this very small Kentucky town.

Very little is known at present concerning the origin of a site called Yancey Mills and a post office called Yancey in Phelps County. One writer asserts that it was named after one Elijah Yancey who lived in the area in the mid 1800's. But evidence to prove this has yet to be found.

This was the site of a Chesapeake and Western Railroad station, as well as a local post office and general store. Various members of the Yancey family lived and operated farms, mills, and other businesses in the area, for whom the site was named. These Yanceys were descendants of William Layton Yancey, an early settler of Rockingham County, Virginia.

"Arlington" , the estate of Lewis Davis Yancey and various of his descendants, was a tract of land which was part of a 4,000 acre grant to Philemon Kavanaugh (Lewis Davis Yancey's father-in-law) and was in the Yancey family from 1710 until 1939. The house which presently stands on the land is a square red brick building of Federal design located on Rt 685 between Catalpa and Brandy. It has an English basement and two upper floors. The roof is hipped and there are three chimneys and a Roman Revival Portico. The house, which was used as a hospital during the Civil War, was built about 1840 and replaced another house which had burned. The family cemetery which lies adjacent to the house is the oldest known Yancey burial site and there are grave markers over the graves of Lewis Davis Yancey and his wife - the original owners of the estate. (This "Arlington" should not be confused with Robert E. Lee's estate also by the same name which later became Arlington National Cemetery).

The home of Bartlett Yancey Jr. near Yanceyville, in Caswell County, North Carolina had been empty for 40 years when it was recently restored. It is a two story home with brick chimneys on both ends. The Yancey family Cemetery is located on the property.

The house of  Hamilton Yancey Family

This was originally the home of Capt. Charles & Mary Crawford Yancey of Louisa County in the late 1700's. Locust Grove remained in the family for more than a century and a half. The house, still standing, is a rather long, one-story frame dwelling, with partially raised basement, a gabled front porch and both central and exterior brick chimneys. The old Yancey home is to have burned many years ago, but the present house was built over the original foundation in much the same style as the earlier building. The house stands southeast of Louisa Courthouse, on the north side of the old Richmond Road (Route 33).

This four-room weatherboarded log house dates back to 1760 and is probably the oldest standing house of the Yancey family. It was built by one Charles Yancey on the land that had been originally granted to his grandfather - Philemon Kavanaugh and later deeded to his parents - Lewis Davis and Mildred Yancey. The house is located on Rt 625 east of Catalpa. In the yard are red roses and boxwood which are said to have been planted by the original owner and builder.

Although at first the home of the Connor family, it this home was in the Yancey family for over a century. John W. Yancey and his wife Jane Terrill were the first Yanceys to own the home - probably since about 1855. It was later passed on to their only son, Col. William T. Yancey. It was at first a quaint frame house, to which was built a stone portion. Later the frame was taken down and replaced by brick. The house stands just past the little town of Woodville, on the way to Sperryville.

It was build in 1889 by Rockwell and Julia (Withers) Stone. Their daughter (Minnie Stone) inherited the house.  She was married to William Bell Yancey.

The original part of this home was built about 1827 by one Robert Yancey Jr. He married Mary Elizabeth Threlkeld, for whom the house is named. It is located 3 miles west of Brandy on Rt 663. It may still be owned by Yancey family.

"Travelers Rest" was owned by Major Charles Yancey during the early 1800's. Major Yancey was one of the most prominent citizens of Buckingham County in the early 1800's. Travelers Rest was called such, because it was located on the James River - the rivers being the main transportation highways of the time, with ferries bringing travelers that would stay at the place over-night or until they continued on their journey. Major Yancey and his wife are buried in the Yancey/Holman cemetery on the premises.

Named for its proprietor, William L. Yancey, the hotel was begun in April 1917, financed by the Bankers Realty Investment Company of Omaha, Nebraska, for the North American Hotel Company. The company was building a chain of hotels in Nebraska, Iowa, and Kansas towns, accessible to the railroad depots and business districts. This "chain concept" permitted a standardization of service, bulk purchase of supplies, quantity discounts, and lower costs to the consumer. From its opening in 1923, the Yancey was the center of social and political activity for Grand Island. An early twentieth century high-rise structure, the Yancey illustrates the Renaissance Revival style. Due to the development of motels, a decline in railroad trade, and the building of shopping malls away from the downtown business district, the hotel closed in December 1982.

Located on Adams and Perry streets in Montgomery, Alabama is the old Law offices of William Lowndes Yancey known as the "Orator of the Secession". The building built during the nineteenth century is a brick two story rectangular building with a flat roof. The building is presently under private ownership.

Yancey's Tavern is one of the oldest buildings west of the Blue Ridge Mountains and was built in 1779. It was used from the beginning as a tavern and over-night inn for stage coach travelers. It is located on the "Old Indian Trail" (now US Route 1) which was a primary route for early settlers traveling West. John Yancey was the first keeper of the tavern about 1780. The tavern was used as a field hospital during the Civil War. Today the tavern is used as a restaurant. It would seem that the original owner, John Yancey, soon after establishing this tavern, moved into Sullivan County, Tennessee where he operated a very similar Tavern, by the same name.  [More info]

Located on the eastern slope of Chestnut Ridge, a few miles east of Kingsport and overlooking State Road 126 is what was at one time "YANCEY'S TAVERN". It is a fine example of an eighteenth century log dwelling-tavern. It is a two story, clap-boarded, gabled structure with stone chimneys, built about 1782. It was built probably by one John Yancey who was one of the first settlers into the Tennessee area. He was also to have operated a very similar tavern in Washington County, Virginia. The tavern was, it would seem, an important stop along the Island Road - one of the first main arteries for immigration and travel into the state.
[More info]   [More info]

The U.S.S. Yancey
Another Site: 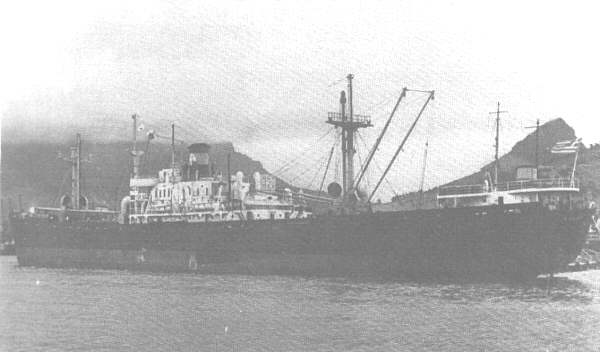