"Yes - that's right - her name was indeed Frank and not Frances"

2nd Wife of the famous Millionaire Cornelius Vanderbilt
and  publisher of the first book containing Yancey Family Genealogy
Laurus Crawfurdiana - known as the Crawford Book - 1883.
Thanks to Ray Isbell for the photo

Obituary from the New York Times
5 May 1885
THE DEATH OF MRS. VANDERBILT.
THE WIDOW OF THE COMMODORE FALLING
A VICTIM TO PNEUMONIA.

Mrs. Frank A. Vanderbilt, the widow of the late Commodore Vanderbilt, died of pneumonia at 9 o'clock yesterday morning, at her residence, No. 10 Washington place. She attended the funeral of Miss Phebe Vanderbilt on April 25, and caught a cold from standing on the damp ground at the cemetery. Last Tuesday morning, while at breakfast, she was taken with a chill. Dr. J. H. Shorter was summoned, and he found that she was suffering from pneumonia. She grew rapidly worse, and on Saturday Dr. Loomis was called in consultation. Mrs. Vanderbilt was then informed that her condition was critical. At the time of her death there were present at her bedside her mother, Mrs. Crawford, and her brother, Robert L. Crawford, with his wife and children, all of whom have lived with Mrs. Vanderbilt since her husband's death.
Mrs. Vanderbilt was a daughter of the late Robert L. Crawford, of Mobile, Ala., and a cousin of Bishop McTyiere, of Vanderbilt. She was a native of Mobile, and a resident of that city until her marriage to Commodore Vanderbilt. She was first married to John Elliott also of Mobile, but the union was not a happy one, and did not last long. It is said that Mrs. Crawford wished the young couple to live with her, but Elliot objected and built a house of his own. Mrs. Elliott refused to leave her mother, and Elliott withdrew to his own house. For a time he visited his wife at her mother's house, but his visits became less frequent and finally ceased altogether. Mrs. Elliott obtained a divorce, and Elliott went to New Orleans. Mrs. Elliott's marriage to Commodore Vanderbilt is said to have been brought about largely through the instrumentality of her mother. It took place in the Tecumseh House, at London, Ontario, on Aug. 20, 1869, and the ceremony was performed by the Rev. Dr. William Briggs, of that city. It was said at the time that the union was not favorably regarded by the Commodore's family, but some representatives of it were, nevertheless, present at the marriage. The accounts published at the time described Mrs. Vanderbilt as about 30 years old, tall, queenly, and beautiful.
After her husband's death, which took place Jan. 4, 1877, she continued to live quietly at the Vanderbilt residence, No 10 Washington place, which, with its furniture and statuary, was given to her by the Commodore's will. Under the will she also received $500,000 in United States bonds, in accordance with the provisions of an antenuptial agreement by which she waived her right to a dower and other interests in the Commodore's estate. Her circle of acquaintances was quite large, as well as fashionable, and she was very highly esteemed therein. In the language of one of her friends: "Mrs. Vanderbilt's distinguishing traits of character were noble loyalty to duty, devotion to exalted Christian principles, beautiful unselfishness of purpose, love for her family, tender charity for all, and a refined and shrinking delicacy of feeling, combined with the most inflexible firmness for truth."
Funeral services will be held Thursday morning at 10 o'clock, in the Church of the Strangers, and will be conducted by the Rev. Dr. Deems. The interment will be in the Vanderbilt plot, in the Moravian Cemetery, at New Dorp, Staten Island. There were numerous callers at the house yesterday, among whom were Mr. and Mrs. William H. Vanderbilt, Mr. and Mrs. Cornelius Vanderbilt, Capt. Jacob Vanderbilt, F. P. Freeman, Mrs. Osgood, Mrs. Britton, Mr. and Mrs. W. K. Thorn, Mrs. Daniel B. Allen, C. V. De Forest, Mrs. C. F. Deems, Arthur Leary, Mrs. F. P. James, Mrs. William Hegeman, Mrs. Chauncey M. Depew, Mr. and Mrs. W. B. Horton, Mr. and Mrs. Samuel Barton, Mrs. Cadwell, Mrs. John E. Burrill, Mrs. Stebbins, Mrs. Riggs, and Mr. and Mrs. William Turnbull. 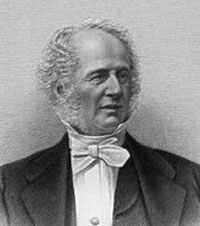 Tales of the Commodore

Information on the Crawford Book

More Information on the Crawford Book