[WIKIPEDIA]
The urbanization of the United States has progressed throughout its entire history. Over the last two centuries, the United States of America has been transformed from a predominantly rural, agricultural nation into an urbanized, industrial one.[1] This was largely due to the Industrial Revolution in the United States (and parts of Western Europe) in the late 18th and early 19th centuries and the rapid industrialization which the United States experienced as a result. In 1790, only about one out of every twenty Americans (on average) lived in urban areas (cities), but this ratio had dramatically changed to one out of four by 1870, one out of two by 1920, two out of three in the 1960s, and four out of five in the 2000s.[end quote]

The History of America and its urbanization can be directly reflected in the Yancey family - as across the decades more and more Yanceys/Yancys have left largely agricultural production and left rural areas and moved to urban areas - such as Atlanta, Los Angeles, New York and other locations.

Along with the trends to move to urban areas - there are also other trends that one can follow -including some of the following:

Some examples of urban/metropolitan areas and the Yanceys who moved there.

Of note is the fact that the areas where early Yanceys were primarily concentrated  were rural areas with no large cities (such as Louisa and Culpeper Countiies in Virginia and Caswell and Granville Counties in North Carolina.)  So even though there are large concnetratins of Yanceys in Virginia, North Carolian and Georgia -  there are few large cities in these areas.  Atlanta, Georgia would seeem to be the city where more than any other, Yanceys have concentrated in over various decades - with concentrations of both white and black Yanceys.

Other articles of a related nature:

Yancey break down by ancestry
http://yanceyfamilygenealogy.org/cn1850c.htm

The Civil War and the Yanceyshttp://yanceyfamilygenealogy.org/bcy_athens.htm

Examples of Yanceys who left agriculture for other professions Graph of Metro Area Population Rank over Time
The top 20 Metro Areas in the United States, 1790-2010

Click on the above chart to zoom in on the image 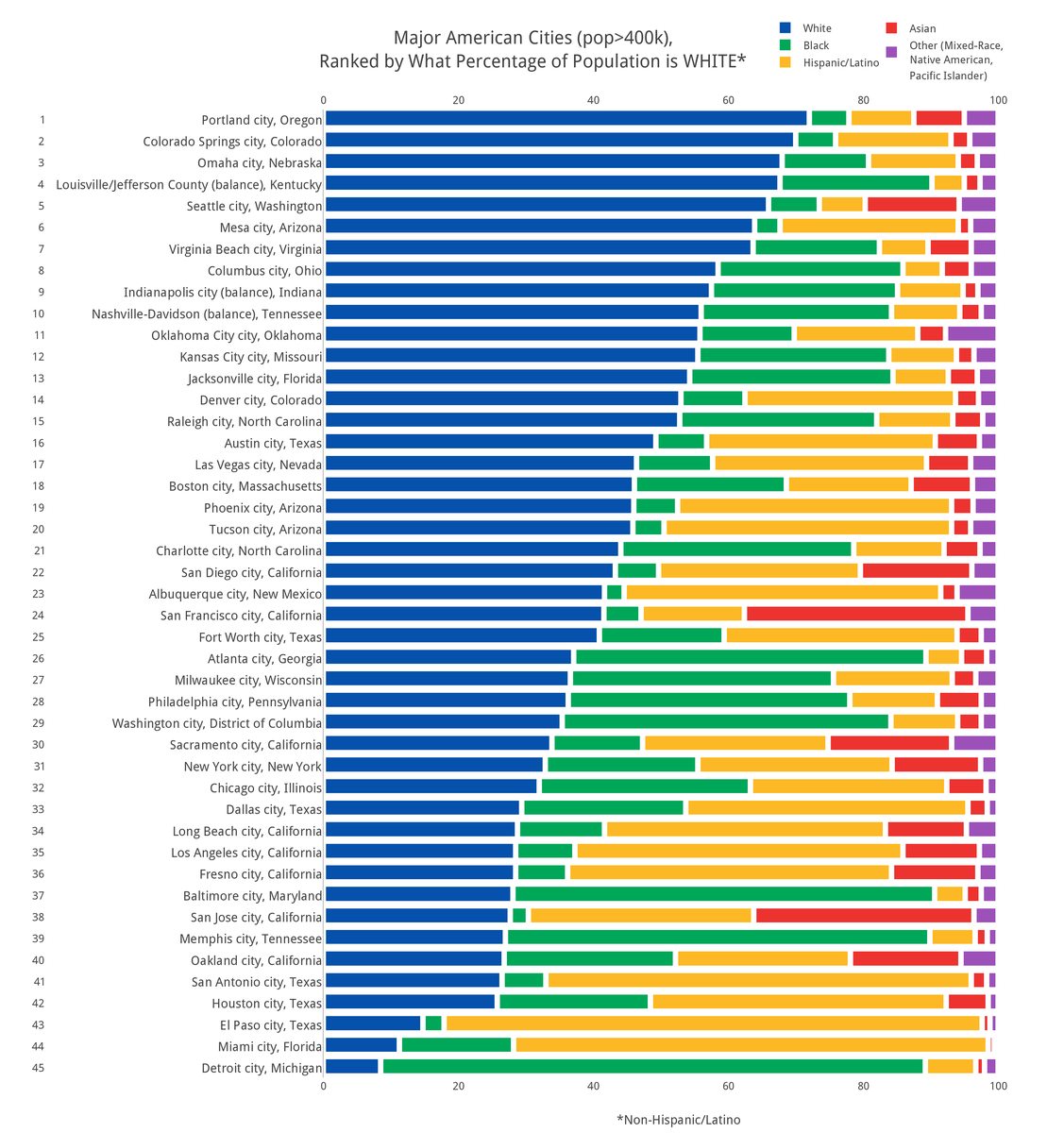