Members of the Yancey Family
and the Struggle for Civil Rights

Robert Yancey Sr was born in Pennsylvania in 1925.  While in High School Yancey had surgery on both of his eyes which forced him to leave school at age sixteen.  Yancey was drafted into the US Navy on October 4th 1943.  He was one of five brothers who all served in the military during World War II.  All survived the conflict.

The Navy was so short of men in 1943 that Yancey was not even sent to “boot camp” for basic training; he received all of his instruction aboard the ships he was assigned to. The first ship he was stationed on was the USS Alantina, where he served as a cook.  In 1943, the only two jobs available to African-American sailors were those of cook or steward, the latter a waiter for the officers’ mess; although, cooks and stewards were often assigned additional duties. Yancey spent six months aboard the Alantina, training not only as a cook but as a member of a torpedo defense detachment.  He was then transferred to Patrol Craft 1600, in Norfolk, VA. PC-1600 subsequently sailed to the Pacific, where the first action Yancey saw was an attack by Japanese kamikaze pilots. Although a cook, he was cross-trained and manned a battle station as an anti-aircraft gunner on the vessel’s top deck.

Yancey’s ship was involved in the invasion of the Philippines at Leyte and Luzon.  He recalled that he gained great respect for the Filipino guerrilla fighters; he believed that without their assistance the United States would have had a much tougher time defeating the Japanese on the islands. Yancey spent the remainder of the war in the Pacific, participating in an additional landing at Mindoro in the Philippines, and in the invasion of Okinawa, with a stop at New Guinea. At the close of the war, Yancey was sent to Puerto Rico, as part of CB (Construction Battalion) 1615. There he worked unloading ships and coordinating transport of ammunition to storage on the island of Saint Thomas, remaining in Puerto Rico until his discharge on December 31, 1947.

Upon returning home to Philadelphia, Yancey joined the United States Navy Reserves. He had always liked the idea of being a police officer and decided to pursue that career, so he enrolled at the Institute of Criminology in Philadelphia, with the hope of eventually becoming a detective. Yancey graduated in 1950, but shortly after graduation he received a notice of readiness for a call back to active duty.

Since the Korean War was just beginning, Yancey thought he would certainly see some action. After spending four years at sea, though, he decided he had seen enough water and joined the Army.  As a World War II veteran, he only had to complete eight weeks of basic training at Fort Dix, New Jersey, foregoing the additional eight weeks of advanced training mandated for other recruits. Following basic training, he was immediately promoted to sergeant and assigned to “C” Company of the Twenty-fourth Infantry Regiment, part of the Twenty-fifth Infantry Division. The Twenty-fourth was among the last of the Army’s segregated all-African-American units, known popularly as “Buffalo Soldiers.”

William J (Bill) Yancey [04/02/04 - 04/13/71 67 at Moorestown, NJ]
was a shortstop for 14 Negro League seasons. He was a good fielder and baserunner, a smart player who managed in Latin America and helped develop baseball in Panama in the 1930s. He later scouted for the New York Yankees. In 1932 he became a guard with The Renaissance Five basketball team, which was inducted as a unit into the National Basketball Hall of Fame in 1963.


Alice White Yancy of Roxbury, community activist and mother of Boston City Councilor Charles C. Yancey, died Wednesday at Boston City Hospital following a lengthy illness. She was 82. Born in Winchester, Mrs. Yancey was a graduate of Roxbury Memorial High School for Girls. She worked at the Shattuck Hospital for 26 years. A community activist, Mrs. Yancey was president of several home and school education associations. She was involved in the Boston schools desegregation fight and had many heated discussions with the Boston School Committee. Mrs. Yancey was also involved in the civil rights movement in Boston during the 1960s, meeting many times with Dr. Martin Luther King Jr. After his assassination, she worked to rename the Patrick T. Campbell Junior High School in honor of Dr. King. Mrs. Yancey organized many Savin Street cleanup campaigns and fought successfully for tot lots and playgrounds for the children of Boston. Mrs. Yancey held meetings in her home with Mayors John F. Collins and Kevin H. White. She was named Citizen of the Year by Mayor Raymond L. Flynn. The Boston City Council declared Aug. 28, 1993, Mrs. Yancey's 80th birthday, Alice W. Yancey Day. She served on the board of directors of Action for Boston Community Development, the Roxbury Multi-Service Center, Model Cities and the Massachusetts Eye and Ear Infirmary. She also founded and was president of the Women's Improvement League in Boston. Mrs. Yancey taught a cooking class at the Roxbury Boys Club and served as a warden for the Election Department for more than 20 years. Wife of the late Howell Yancey Sr., she is survived by seven sons, Howell T. Jr. of Brockton, Frederick H. II of Detroit, Ronald A. of Derry, N.H., and Terrence L., Robert R., Charles C. and Vincent G., all of Boston; a daughter, Eleanor Fuller of Boston; and 37 grandchildren. A funeral service will be held Sunday at 6:30 p.m. at Twelfth Baptist Church, Roxbury. Burial will be in Forest Hills Cemetery, Boston, at 10 a.m. Monday. Arrangements by Bullock Funeral Home, Mattapan. 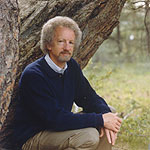 Phlip Yancey - growing up in the era of segregation