Thanks to descendants of Ben Yancey for providing the photo of "Bob Yancey"
stating that the family "thought very highly of him because he took care of them
after the Civil War when they had nothing".

The Ironic Life of Bob Yancey

Many of you remember learning/studying about Sherman's March to the Sea - during the Civil War and the Siege and Burning of Atlanta by Northern forces. .

What I imagine few of you know is that among the Confederate men – who went out to meet the Union Leadership to surrender the city of Atlanta to Union forces was a black man – by the name of Bob Yancey. Ironically he was technically a slave – though he had been given for many years partial freedom by his master Benjamin C. Yancey, brother of the famous William Lowndes Yancey.  After Atlanta was surrendered and evacuated the city was set fire – and eventually only 400 buildings were left standing.

Ironic is the fact that though technically a slave – he was given many liberties by his master (Ben Yancey of Georgia) – to the point that he was given opportunities to involve himself in money making dealings – the returns of which he was allowed to keep. So effective was he in his money making opportunities that Bob Yancey as a black slave became more affluent and wealthy as a slave than many white residents of Atlanta.  Ironically so well off was Bob Yancey – that after the civil war – when white plantation owners were economically devastated (including his own master Ben Yancey). Bob was able to help his former master get back on his feet by loaning him money. The special bond between Bob Yancey the slave and Ben Yancey his master both before and after emancipation was also quite ironic.


So great was the bond between slave and master that some (erroneously) figured there was a blood relationship between the two – which brings us to one of the most ironic things about the life of Bob Yancey was that of  his true parentage – for much of his life he never spoke much of his parentage. Later in his life, though, he revealed the story – that, according to what he reported,  he was actually the son of a white US Senator and a negro slave cook that worked for him. The name of the US Senator was none other than the famous Daniel Webster.

Artists Sketch of the Burning of Atlanta


The life and experiences and status of Bob Yancey – were far out of the norm for most slaves of the period.  His life was very unique and eventful.  A summary of various interesting points of his life is recorded in a newspaper article from the Atlanta Constitution dated May 1895.  See below.
Thanks to Marc Wortman for sharing this article. 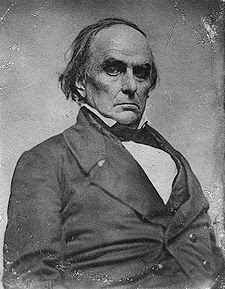 Photographs of Senator Daniel Webster - who Bob claimed was his Father.

The 1870 census page which records the household of Robert

Various Books have been written that include a wealth of information gathered through extensive research
about the life of Bob Yancey and the "Burning of Atlanta"
I highly recommend getting a copy form your local library, through the interlibrary loan process
or through companies like amazon.com

These include:
“The Bonfire: The Siege and Burning of Atlanta”  by Marc Wortman
(take special note of pages 8,49-52 and 76)

also
"Half Slave, Half Free", by Thomas G. Dyer