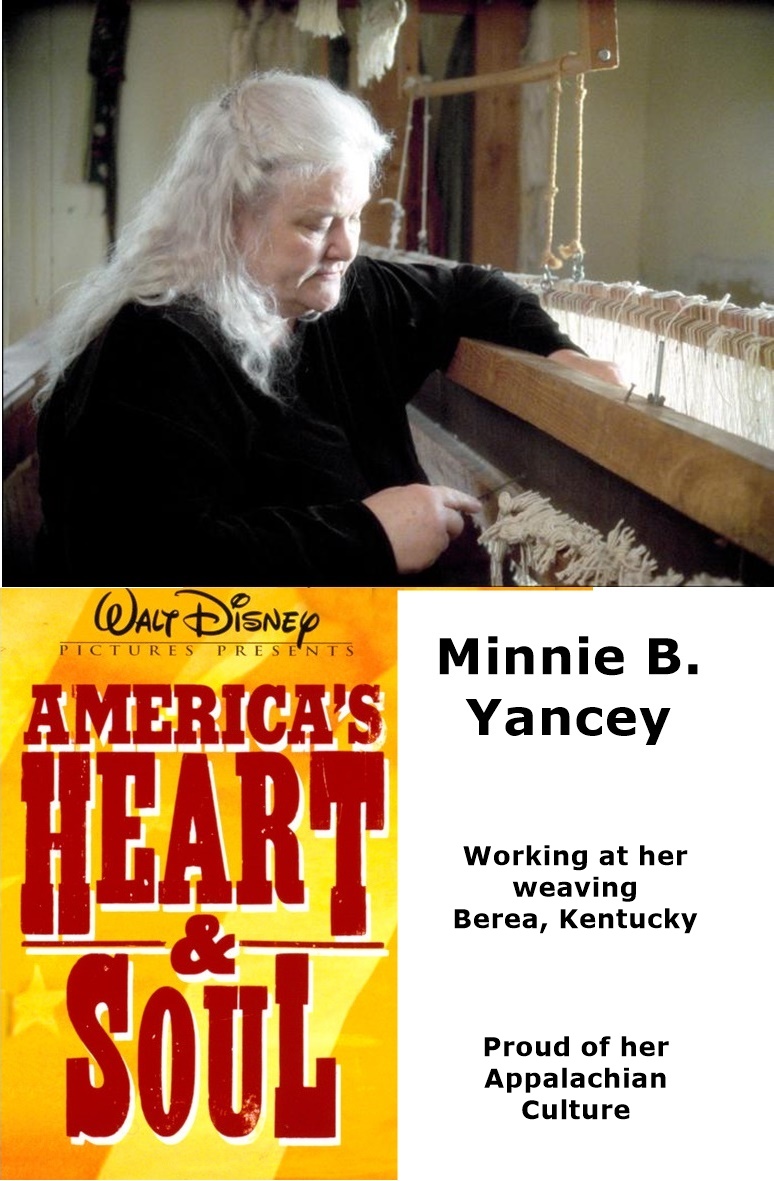 In 2004 Disney produced a very unique documentary production - called America's Heart and Soul.   I have never quite seen a similar movie by Disney before or since. In this unique movie the producers capture images/video clips  of various seemingly "average Americans" who upon closer inspection are found to be extraordinary examples of the true American Spirit and making real differences in their community and world.

Among these great American Spirits is Minnie Bates Yancey of Berea, Kentucky representing the simple and hunble life of Appalachian America.

Although I never personally knew Minnie - what I have read, seen  and heard - tell me she was a powerful icon and symbol of the American Spirit and of Appalachian living.  She lived a simple life - but greatly valued her past, her family, her culture and the traditions and ways of life that she wanted to share and preserve. Minnie had a powerful impact on the lives of those around her - not only to her children and close family - but to many in her community - including such people as the family of the famous Wynona Judd. Quite interesting it is, as humble as she was ,  she played roles in not one, but two movies and articles have been written about her in various books and magazines.  It was in this region of Appalachian Kentucky  that my own ancestors passed through  and I wonder  if they practiced many of these same customs and traditions.

In 1982 Minnie  and her daughter Sonja BIrd and granddaughter FairLight were featured in the magazine Better Homes and Gardens - along with their Christmas decorated home and their simple holidays crafts. Her daughter Sonja Bird was a very talented musician sharing her Appalachian folk music with many.


"Together Forever" By Sonja Bird Yancey