To Celebrate her 103rd Birthday April 2nd 2006
(left, with daughterJudy and grandson Peter)


< back to the Aberdeen Idaho Web Portal >

Edith Giesbrecht was born in Paso Robles, CA, to  Herman and Marie Giesbrecht - German Mennonite immigrants. Her family had moved from there to Aberdeen, Idaho about 1907 where the family farmed. She learned English when she began school in Aberdeen, ID, where her oldest sister Margaret taught all the grades. The family is found on the first federal census of the Aberdeen area (1910).  After she graduated from Aberdeen High School (Class of 1923) , she attended BIOLA, class of 1926, and then took nurse's training at the Deaconess Hospital in Newton, Kansas, class of 1929.  The miracle drug at that time was aspirin. 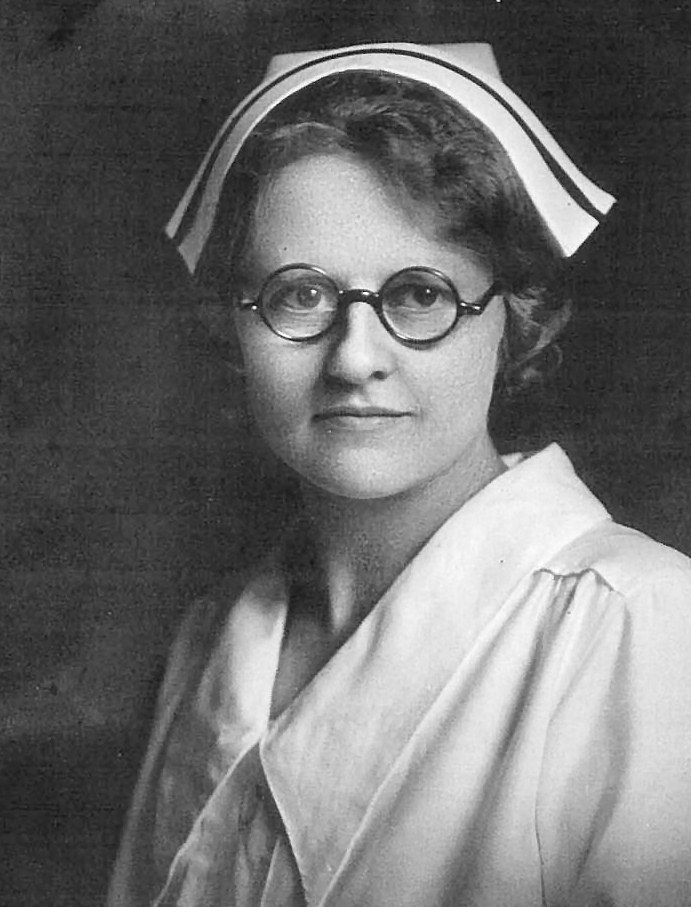 She worked for Dr. McKinnon, the town doctor, for several years in Aberdeen, Idaho, accompanying him out to the various farms for home deliveries of babies.  She delivered the anesthesia-- ether on gauze-- a very inexact method, but everyone lived . . .

She married Gustav (Gus) Klempel (class of 1925) in her early 30s. Gustav had emigrated from Russia, though the family was German. They had gone to Siberia to raise wheat under Catherine the Great, but when the Germans and Russians were each trying to conscript the older boys for the army, they came to America-- accidentally, as it turns out. They were headed for Canada, but the St. Lawrence River was frozen, so they homesteaded in Idaho. Gus's father was a preacher, not a farmer. He had been sent from Germany to pastor the Germans near Omsk where Gustav was born.  He majored in music at Willamette University, but farmed, welded, drove lumber truck, and finally taught high school driver training.

After Edith's  children were born, she stayed at home.  She forced her daughters to practice the piano, for which they are grateful.  The family moved to Salem, OR, and northern California, and back to Salem. She was always active in church, taught Sunday School for many years, and sang in various church choirs, often under the direction of her husband Gus. She painted at least one of their homes herself, loved to go on drives, and worked in the local high school cafeteria for a while.

After Gus retired, they moved to Ukiah, in northern California, where their daughters live. In later years she spent quite a bit of time writing letters and notes of encouragement, not only to many friends and relatives, but also to any number of people who were on her prayer list.

She was easily identified on her walks around Ukiah by her yellow baseball cap. She lived independently until a few months before her 100th birthday, when she had a slight stroke.
She has received loving and respectful care at Ukiah Convalescent Hospital from that time on. She has great luck and usually wins at Bingo as well as in rummy games with the family, and she can still add up her scores accurately.

She was predeceased by her husband of 58 years, Gustav Klempel, and she herself was the last of 14 children. Her two daughters, Judy and Ruth, live in Ukiah, and Dennis Klempel lives on a sailboat in San Diego. She has 5 grandchildren.

Feel Free to send Edith a Birthday Card/Note at